Since its founding over four centuries ago, Santa Barbara has a long, rich cultural history, making it an ideal case study for a Santa Barbara architect. Not only is the city rife with architectural styles widely used across California and the southern US, but it’s also home to its own style, the Santa Barbara Style.

Unfortunately, it took a major catastrophe in 1925, a 6.8 magnitude earthquake, to level the old city and encourage a massive rebuilding scheme that harkened back to the Spanish Colonial style. The preservation and cultivation of this style has become a signature feature visible across Santa Barbara.

Santa Barbara predominantly uses the Santa Barbara Style in its public and private architecture, reminiscent of taking a stroll in 17th century Madrid all the way in the new world. This style uses white stucco, red-tile clay roofs, and visible wood-beam ceilings. The style can be briefly summarized as a Mediterranean, Spanish style using deep red tones and wood textures contrasted with white walls.

Although other architectural styles are often used for exterior and interior design, Santa Barbara is predominantly built in its own trademark style. Houses and Estates using this style tend to be replete with courtyards, luxurious arcades, and all the traditional wrappings of the old world. 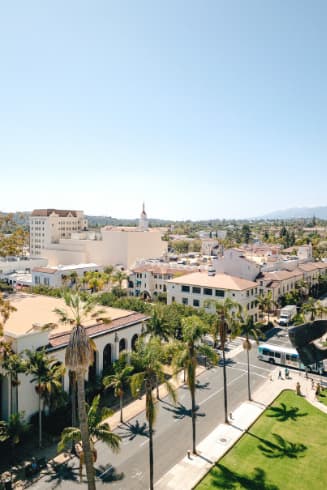 “Santa Barbara stands out as one of the most iconic cities in California. The beauty of its enclave, the serenity of its surroundings, and the magic of the historical architecture that populates the city,  makes Santa Barbara one of my favorite places in the world. A city blessed with beauty and serenity.”

In terms of luxury architecture, there’s no lack of beautiful, traditional Santa Barbara Style in Santa Barbara - as one should expect!

A true, luxury Santa Barbara Style residential home from a Santa Barbara architect firm has a number of design features that can be found, including white stucco walls, red tile roofing, exposed wooden ceilings, and the use of balconies, arcades, and even towers, the latter of which are often asymmetrical in design.

Similar to residential and villa architecture in Santa Barbara, hotels such as luxury Hotel Belmond El Encanto and Hotel Californian include the same elements as described above. Many hotels in Santa Barbara seamlessly blend the traditional appearance with all of the modern amenities available to us in the 21st century, without seeming out of place.

Once again, the Santa Barbara Style is alive and well in resorts, such as luxury Four Seasons Resort The Biltmore Santa Barbara. Built in 1927 after the catastrophic earthquake, this resort contains all of the features one would expect to find and blends the Mediterranean Revival, Spanish Revival, and Moorish Revival styles together.

Are you looking for an Architecture firm to develop your project in Santa Barbara?

For truly authentic Spanish Colonial High- end estates and home Ranches, Santa Barbara is sure to impress. This is evident in the secluded hillside estates in Montecito also known as American Riviera. This area of Montecito is characterized by it’s white stucco homes characteristic of the Mediterranean Spanish colonial style and the Cape Dutch style, a true captivation.

High- end estates and Home Ranches such as the Historic Italianate Villa beautifully blend elegant, polished wood for a touch of warmth with wide open spaces and gardens that wouldn’t seem out of place in 17th century Madrid. 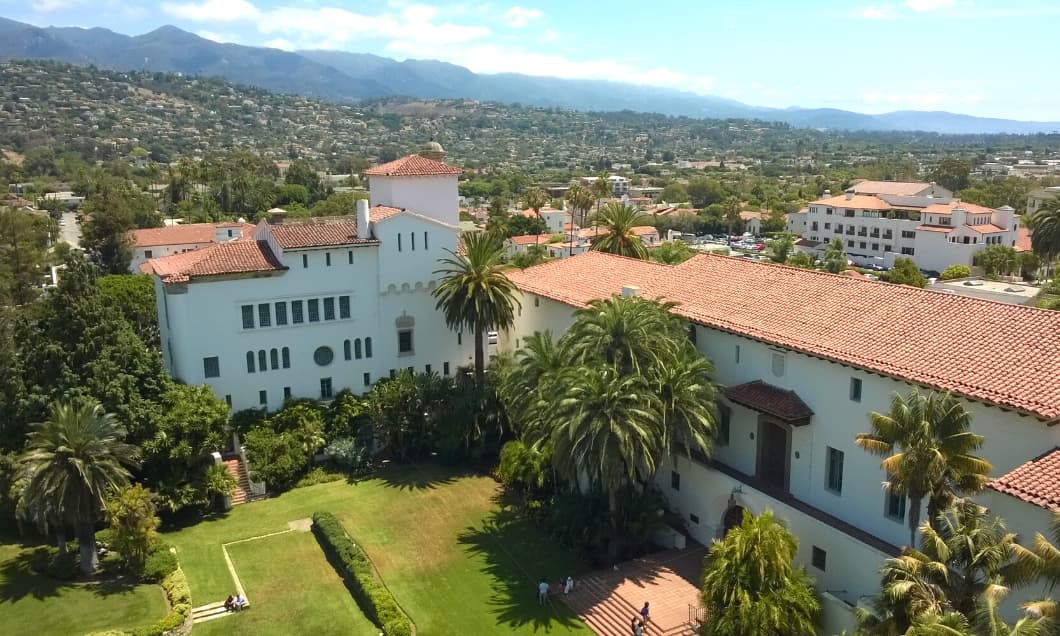 Since Santa Barbara has focused so heavily on maintaining and preserving its characteristic style, there aren’t too many alternative architectural styles widely used in the city. Rather, many Santa Barbara architecture firms have instead drawn on this heavy influence to delineate between sub-classes of the style. These include Spanish Style, Mediterranean Style, and Monterey Colonial architecture, to name a few.