Santa Barbara is the ultimate coastal city and has been promoted as the “American Riviera” due to its coastline nature, sandwiched between the Santa Ynez Mountains and the Pacific Ocean. Besides its Mediterranean climate which makes the city a popular resort and tourist destination, Santa Barbara also boasts a great climate which has led to a diverse economy that includes a thriving education, health care, service, technology, agriculture and finance sector. The city is also a major celebrity hotspot, with big names such as Charlie Chaplin, Jennifer Lopez, Tom Cruise, Kevin Costner having called it home. It also has a thriving architectural and interior design scene evidenced by magnificent structures such as the famous Ablitt Tower and the Belmond El Encanto restaurants.

Interior design in Santa Barbara can be viewed as a revival of the Spanish Colonial interior design style. This is a colourful Mediterranean style which helps a home to achieve a sense of solid family and homeliness. It is defined by sunny patios and rustic villas and other simple tweaks that are easy to achieve in most homes. The main colour palettes are the coastline-inspired browns, whites, greens and blues. You will also find strong elements of ceramics and stones which will come in the form of candle holders, pottery, carved wooden panels and wrought iron pieces.

When it comes to luxury interior design, Santa Barbara, California, has a lot to offer:

Santa Barbara Interior Design is one that gets inspiration from a wide array of styles. You will find Moorish designs, Italian church and medieval Spanish styles, and Pueblo Indian adobes. With white walls, it utilizes stainless steel accent lighting to give a room a homely feel. The style uses a mixture of velvet and leather fabric sofas, numerous paintings, and an island chill out. The idea is to show the harmonious coexistence of different interior design styles while still giving a touch of excellence.

Are you looking for an interior design firm to develop your project in Santa Barbara?

The Santa Barbara interior design has adopted the modern style in attaining simplicity in interior design. By harnessing the beauty of natural light, the design achieves harmonious optical sensation through large glass windows. An L shaped Hermes Sofa sits on a brown rug covering the veneer wooden floor. A table made from stainless steel and glass adorns the room's centre with a flower vase that gives a feeling of tranquillity. The spacing is large enough to ensure functionality, with few pieces of luxury furniture thrown around to show sophistication. 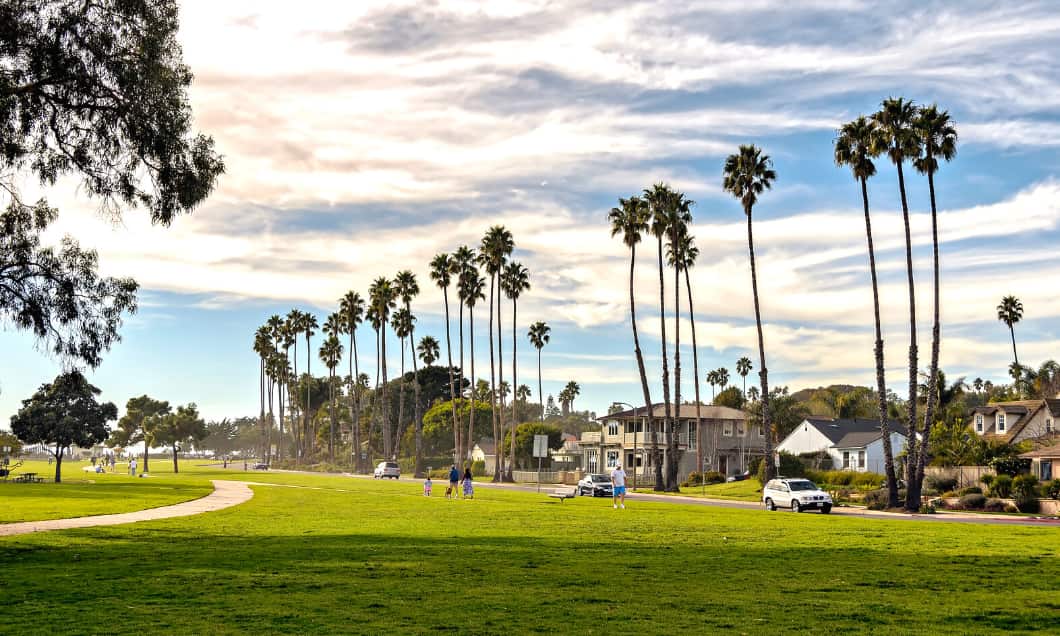 The free-spirited residents of Santa Barbara have carefully nurtured the art of customization and personalization. The trait is seen in the choice of interior design that they chose. It borrows from the immense cultures of its past, where you will find space with marble floors, a see-through fireplace, and exposed pillars from the traditional interior design.

Miguel Rueda Designs is one of the top-ranked Santa Barbara interior design firms. Here, we think obsessively about using our craftsmanship and passion for creativity in delivering a perfect portrayal of a modern take on a traditional design. We uniquely come up with inspiring designs that are interestingly fused with art. Creating one of kind spaces, personalized to our clients elegant taste and lifestyle.