Few major metropolitan centers have the sheer amount of inspiration of Los Angeles in terms of architecture, all shaped by generations of Los Angeles architects. As a relatively ‘new’ city built with the automobile in mind, it’s amazing how over a century of rapid developments have affected the city's architecture.

While the city’s oldest homes in the original Spanish Mission were overwhelmingly Spanish Colonial, a multitude of competing styles can be found today in the city of angels. From Art Deco to modernist and postmodernist styles, Los Angeles has plenty of gems in its public and private architecture.

Although Spanish Colonial is typical of many southern California cities, and Los Angeles is no different historically, the city is perhaps most well known for its sprawling suburban areas built with the car in mind. Mid-century modernist architecture is extremely common, with homes and duplexes built with function over form in mind, although interior courtyards provide a reprieve from the concrete jungle and floor to ceiling windows are a common touch to let in plenty of natural sunlight.

In its dense urban core, skyscrapers, famous theaters, and historical buildings range in style from Art Deco to brutalist, all the way to Googie and space-age inspired cafes and restaurants. There have been many famous architects in Los Angeles and Los Angeles architect firms to experiment and explore.

It’s one of the beautiful aspects of Los Angeles, that the diversity in its architectural style mimics the diversity of the city’s rich cultural history and the innovation unconstrained by tradition. 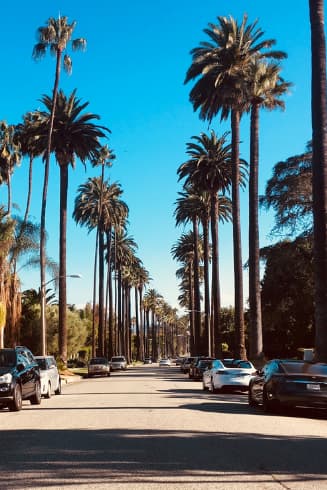 When it comes to luxury architecture, Los Angeles has so much to offer. Some examples include the following:

On account of its rapid development, Los Angeles is as diverse in its residential architecture as the cultures that call LA home you may find a mixture of Modern and Traditional architectural styles in one neighborhood.

In Los Angeles, luxury Modern architecture can include styles such as, Googie, Art Deco, Contemporary, Lighting looks, Mid Century and Postmodern. These Modern architectural styles can be found in neighborhoods like the Hollywood Hills, Bel Air and Sunset Boulevard.

Luxury Traditional architecture such as Georgian Revival are located in Hancock Park, West Adams, Bel Air, and Brentwood. In 2015 a boom in Cape Cod-style construction has begun and over time it has spread to the neighborhoods of Sherman Oaks and Encino.

Eastlake Victorian, Spanish Revival, Beaux-Arts, and Chateauesque are also prominent Traditional architecture styles, which are popular in Santa Monica, Pacific Palisades, Calabasas as well as the above mentioned neighborhoods. Most Los Angeles residential architecture accompanied its 20th century boom, particularly in the postwar years and well into the 1970s. Consequently, mid-century style predominates, with function coming before form.

Are you looking for an Architecture firm to develop your project in Los Angeles?

Boutique hotels and luxurious four- and five-star accommodations range so widely in architectural style that no one single style predominates. While Los Angeles is experiencing a surge of exciting new luxury modern architectural hotels such as, The Edition, Soho House, Nomad, The James, and Nobu Ryokan Malibu, to name but a few. We cannot forget its classics that dazzle with historic old Hollywood elegance.

The Hotel Bel-Air, is Known for its signature pink stucco façade and Spanish Colonial architectural style. This luxurious powder-pink hideaway, with its lush gardens and a romantic swan lake, has Los Angeles most prestigious Presidential Suite and its Herb Garden Suite features 1,800 square feet of living space. The Hotel Bel Air has earned the affection of celebrities and royalty worldwide, including Prince Charles, Paul Newman, Judy Garland, Cary Grant, Audrey Hepburn, Grace Kelly and Marilyn Monroe. Though it's remained an evocative discreet hillside retreat for celebrities and high society alike since 1946, it 's now part of the Dorchester Group,  where we have seen design changes from old traditional styles to Asian and French Art Deco.

In terms of elegance and modernity, Los Angeles has many quality resorts, but a stunning example is the 1 Hotel West Hollywood eco-friendly core design, with its organic recycled materials and untreated wood. This example of modern architecture in Los Angeles, is an elegant resort hotel that incorporates concrete columns and clean, orderly (almost modernist) geometry with plenty of natural greenery to provide contrast. 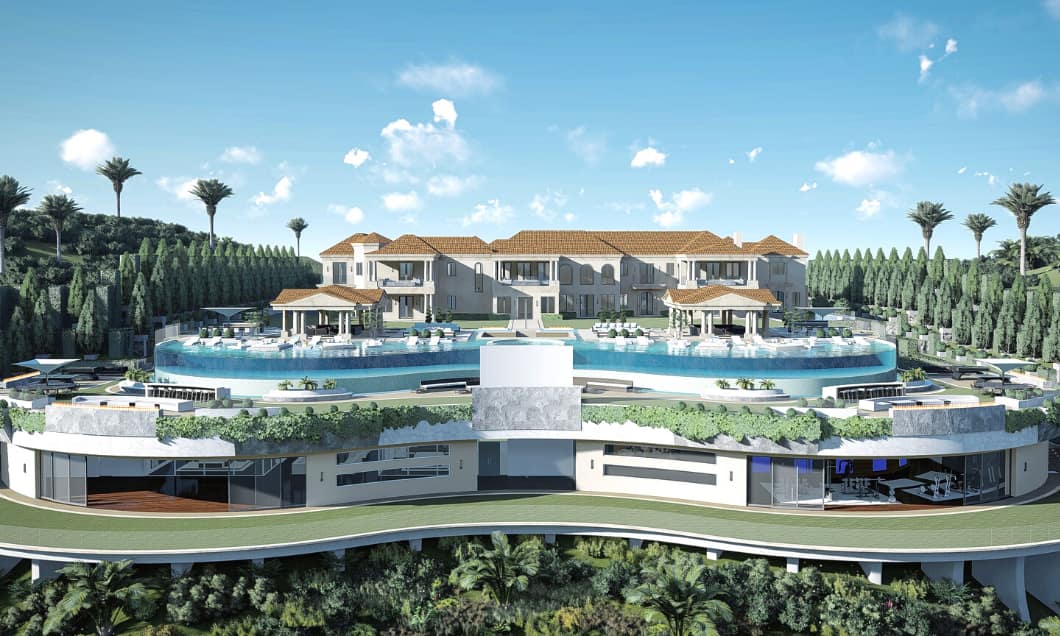 Similar to residential architecture, Mansions and Residential Estates in Los Angeles are largely Traditional and mid-century modernist in style, although newer adaptations of these styles have gone to great lengths to use the functionality these houses provided yet providing elegance and modernity without any of the tackiness (many mid-century homes may appear dated).

The Pacific Palisades Eames House is a pristine example of the possibilities of mid-century style, exhibiting the Los Angeles lifestyle and innovation that would continue to inspire decades after its construction in 1949.